The Dalí Museum, the greatest surrealist object in the world.

Have a coffee in front of the sea, and enjoy a few moments of relaxation before facing the day by bike.

Arrival day
In Girona there is plenty to see and to do. The city is famous for having one of the best preserved Jewish old towns and the Cathedral boasts one of the largest stone vaulted spaces in Gothic architecture. A walk along the city walls is highly recommended, or following the Onyar River, which gives you a nice picturesque view of the colored houses of Onyar River.
Stage 1: Girona - St Feliu de Guíxols (45Km 280m+)
Starting from Cicloturisme office you will follow a cycle path to exit the city to the south. The ride takes you straight to the Mediterranean Sea. This section follows greenway called “El Carrilet” , passing through the towns of Quart, Cassà de la Selva, Llagostera and Santa Cristina d’Aro. Along the route we always have the Gavarres Massif as a backdrop, a mountainous forest area, consisting mainly of oaks, important for the cork production. We arrive in San Feliu de Guíxols, our hotel will be near the nice beach of Sant Pol.
Stage 2: St Feliu de Guíxols - Calella de Palafrugell (30Km 271m+)
Today you’ll ride North along the coast combining the coastal road with the front sea boulevards, visiting the main port town of Palamós. After a few kilometers you’ll pass the unspoilt cove Platja de Castell, with it’s Iberian settlement on the left side . This is a nice place to do a picnic and take a swim in the Mediterranean sea. Later on you arrive in the picturesque old fishing village of Calella de Palafurgell, one of the pearls of Costa Brava. On the last section you’ll be cycling along the greenway called “Ruta del Tren Petit”.
Stage 3: Calella de Palafrugell - Torroella de Montgrí (29Km 180m+)
Route towards the north, inland to passing through Palafrugell, with his fish, meat and vegetables market. Nice place to learn about the product land of this region. You can also visit the Cork Museum. After exiting Palafrugell you con stop at the cellar Mas Oller for the guided visit and the wine tasting. Later on you reach Pals, one of the better conserved medieval centre. The ride will take you through natural wetlands with extensive rice fields and long sandy beaches. The bike tour ends in Torroella de Montgrí at the foot of the castle Montgri Massif.
Stage 4:  Torroella de Montgrí - Castelló d’Empúries (36Km 60m+)
The route continues to the North passing the Montgrí massif into the county of Alt Empordà. We enter the long Bay of Roses with long, sandy beaches. Next to the pretty medieval settlement Sant Martí de Empúries and right in front of the superb beach, we should take the time to visit the archeological settlement Empúries with Greek and Roman ruins, the gateway of the classic cultures to the Iberian Peninsular. The route then continues North where riders will pass through the protected marshlands of Aiguamolls de l’Empordà. The route ends at the village of Castelló d’Empúries, it has a rich architectural heritage; gothic church , Count’s palace, old market building and Jewish quarter.
Stage 5: Loop Castelló d’Empúries (37Km 65m+)
This ride provides fantastic views of the Pyrenees as a backdrop while cycling through the 100 year old vineyards. Today you will have the opportunity to visit the most interesting wineries, that are mainly located in the towns of Vilajuïga and Pau. This day include a wine tasting and lands product’s picnic in Espelt Cellar.
Stage 6: Castelló d’Empúries - Figueres (43Km 370m+)
The last bike tour heads first to Peralada (the capital of the wine DO) where you will visit the castle and the medieval town. From there you will cycle crossing the upper part of the vineyards zone passing by Garriguella, Vilamaniscle and Rabos wit the most ancient groves. Don’t miss a fast visit to the modernist cellar of Espolla cooperative. From there the tour takes you to a long downhill ride until arriving to your final destination, the city of Figueres. After arriving to Figueres riders enjoy a visit to the world famous Theatre-Museum Dalí, still one of the most visited tourist site in Spain.
Departure day
Departure from Figueres after breakfast. 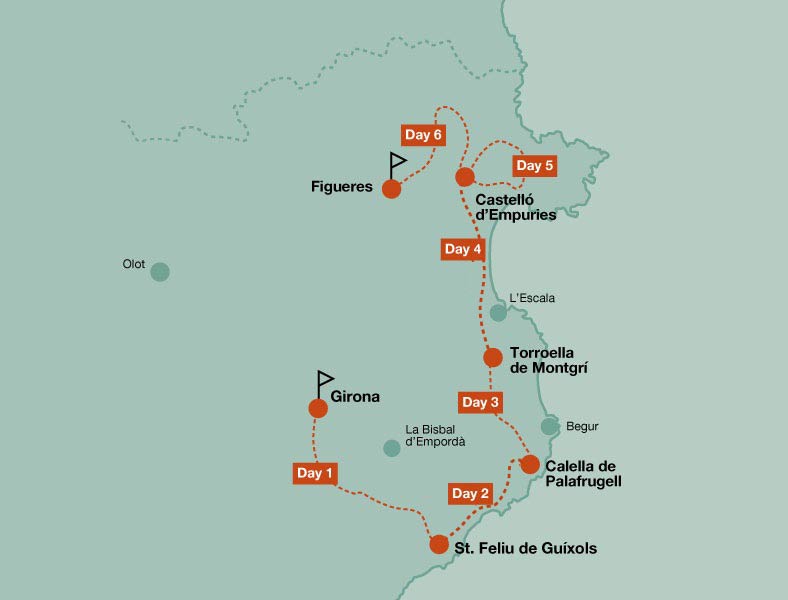 General turist information of the area.

Hotline assistance during the trip from 8 am to 8 pm. 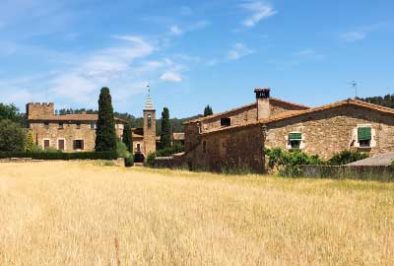 6 DAYS CYCLING / 7 NIGHTS / 8 DAYS
Distance: 38 Km/day
Cycle through the inland and along the coast of l'Empordà. The perfect comination of bike and beach holiday.

6 DAYS CYCLING / 7 NIGHTS / 8 DAYS
Distance: 43 Km/day
Enjoy this tour discovering the many faces of Catalonia landscape cycling from the feet of the Pyrenees to the sea. 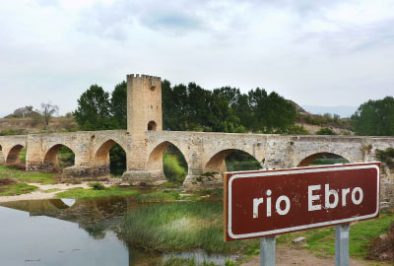 6 DAYS CYCLING / 7 NIGHTS / 8 DAYS
Distance: 50 Km/day
This route follows what begins as a tiny mountain stream flowing through the green pastures of Cantabria and the river itself.
"The team at CycleTours Catalonia are fantastic - super friendly, speak great English. I've enjoyed many a ride in Girona with them and joined them for some fantastic bike tours including Cerdanya where we rode some gorgeous Colls including Pailheres. They know all the good cafe and restaurant stops in the region also! You won't regret riding with them."

Gemma Sampson
Customer
“We had such a great time. Everything went over smoothly and our guide was very knowledgeable. I would recommend them to anyone. They really exceeded my expectations. I know I'll be back for sure!” 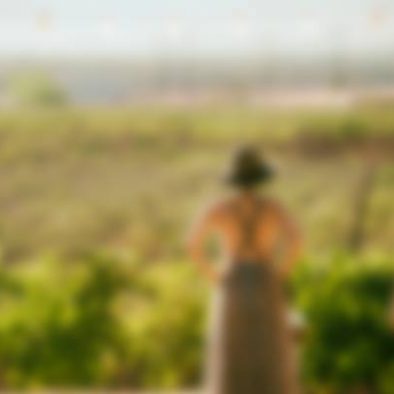